Ok, here, for a few more hours, it really is Day 12 (Saturday). Real life makes its demands. I really need to write these up months in advance, and I will, this year, I swear. 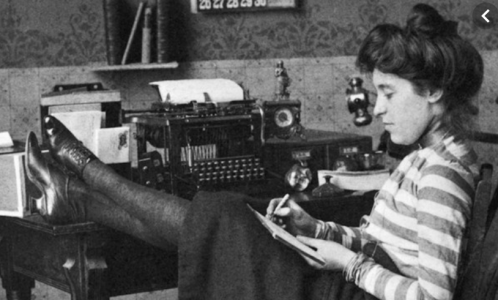 As I promised, today is about coffee. Again, I don’t like coffee, and apparently I cannot make it without the help of the Keurig. I tried. When Brett and I first started dating, and I realized that he didn’t get his morning caffeine from Diet Coke (or regular Coke. Or Pepsi. Or Mountain Dew. Or Dr. Pepper. Or…you get the picture), I went out and bought a coffee maker and some kind of fancy-sounding coffee (because I knew he was a coffee snob). Hazelnut-vanilla-dark french roast-whatever. Pre-ground. And then I made it. He liked it, and I was proud and it was so romantic. I continued to make his coffee for all the time we dated, and after we got married (only then, I ground the beans, because he had a coffee grinder. Snob, remember?)

It wasn’t until a few years into our marriage that he let me know that my coffee was so strong it could grow chest hair–that it was actually pretty terrible. He just didn’t want to hurt my feelings. That’s love, right there. After that, I let him make his own coffee–and now we have a Keurig.

“Darling, I can’t play while you’re kissing me! I thought you loved my playing!”

I am sure that Mrs. Hudson made wonderful coffee. And while she didn’t have a Keurig, I have to think that her chemist lodger may have ensured that she had the most sophisticated coffee-making equipment–which in the 1890’s was the Loysel Hydrostatic Urn. Of course, she could have made it in a simple pot, much the way she made tea (only with the grounds in a muslin bag)–but where would be the fun in that?

Ingredients:–Allow 1/2 oz., or 1 tablespoonful, or ground coffee to each person; to ever  oz. of coffee allow 1/2 pint of water.

To make coffee good, it should never be boiled, but the boiling water merely poured on it, the same as for tea. The coffee should always be purchased in the berry–if possible, freshly roasted [Mrs. Beeton believed that the French made much better coffee, and discusses how to roast it the French way in the next section]; and it should never be ground long before it is wanted for use. There are many very new kinds of coffee-pots, but the method of making the coffee is nearly always the same, namely, pouring the boiling water on the powder, and allowing it to filter through. Our illustration shows one of Loysel’s Hydrostatic Urns, which are admirably adapted for making good and clear coffee, which should be made in the following manner:–Warm the urn with boiling water, remove the lid and movable filter, and place the ground coffee at the bottom of the urn. Put the movable filter over this, and screw the lid, inverted, tightly on the end of the centre pipe. Pour into the inverted lid the above proportion of boiling water, and when all the water so poured has disappeared from the funnel, and made its way down the centre pipe and up again through the ground coffee by hydrostatic pressure, unscrew the lid and cover the urn. Pour back direct into the urn, not through the funnel, one, two or three cups according to the size of the percolator, in order to make the infusion of uniform strength; the contents will then be ready for use, and should run from the tap strong, hot and clear. The coffee made in these urns generally turns out very good, and there is but one objection to them–the coffee runs rather slowly from the tap; this is of no consequence where there is a small party, but tedious where there are many persons to provide for. A remedy for this objection may be suggested, namely, to make the coffee very strong, so that not more than one third of a cup would be required, as the rest would be filed up with milk. Making coffee in filters or percolaters does away with the necessity of using isinglass, white of egg, and various other preparations, to clear it. Coffee should always be served very hot, and if possible, in the same vessel in which it is made, as pouring it from one pot to another cools, and consequently spoils it. Many persons may think that the proportion of water we have given for each ounce of coffee is rather small; it is so, and the coffee produced from it will be very strong; one third of a cup will be found quite sufficient, which should be filled with nice hot milk, or milk and cream mixed. This is the café au lait for which our neighbours over the Channel are so justly celebrated. Should the ordinary method of making coffee be preferred, use double the quantity of water, and, in pouring it into the cups, put in more coffee and less milk.–Mrs. Beeton’s Every-day Cookery and Housekeeping Book. London: Ward, Lock, 1891.

This is just a magazine ad, but it’s been professionally framed–and features Basil Rathbone in his greatest role. I have to wonder if the combination of tobaccos celebrated in the ad copy were included in Holmes’s monograph.

If you would like to hang this, in its lovely color-coordinated frame, next to your portrait of General Gordon, just send in your answer to this question:

In which story did the need for caffeine leave a young man open to a dreadful crime?

As always, send your answers via blog comment, or message the Well-read Sherlockian FB page.

Congratulations to Jim Bennett, winner of the trio of books by Bonnie McBird! When I wrote the question, the answer I had in mind was that Amontillado sherry would remind Holmes and Watson of Poe’s story, “The Cask of Amontillado.” However, several of you, including Mr. Bennett, also pointed out that they would have appreciated its notes of tobacco-like flavor as well. Given Holmes’s feelings regarding Dupin, whom he considered “a very inferior fellow,” I think the latter answer is in fact the best one!