“I’m no doctor, Watson, but I deduce our lady has simply had too much Christmas.”

One thing an observant reader will gather from the Sherlock Holmes stories is that Victorian Britain was a cosmopolitan society. Not only does Watson mention, in an off-handed way, soldiers returned from abroad, his own service in Afghanistan, Lascars working the docks, Chinese tattoos,  and Japanese armor, many clients in the stories have international connections, or are from other countries themselves. When I planned these food-based Giveaway entries, I thought that it would be nice to look at what meals some of these clients might have prepared at home.

Take Mrs. Ferguson, for example–the Peruvian wife of Watson’s old rugby opponent, now tea merchant, Robert Ferguson–whose marriage and child Holmes saves in “The Adventure of the Sussex Vampire.” Although no doubt their English cook served plenty of good, plain English fare, I would imagine that either Señora Ferguson or her maid Dolores taught her some of their own recipes, or even took a turn in the kitchen themselves. While my Spanish is…terrible…and so I was unable to find a 19th-century Peruvian cookbook, but the little research I was able to do revealed that if I had, I’d have found recipes with roots in the ancient Incan civilizations, Spain, Italy, China, and West Africa. As a merchant’s daughter, it’s possible that Señora Ferguson may have enjoyed chifa, or fried rice, introduced by Chinese immigrants who worked as contract laborers building railroads or working on sugar plantations. You can find a recipe for it here:

Upper-class Peruvians of the 19th century, however, tended to prefer meat-based Spanish-style cuisine. Aji de gallina, a creamy chicken dish, might have occasionally made it to the Ferguson table. Make your own using this recipe:

However, do you know what else I thought of while re-reading “The Sussex Vampire”?

And directly after blood, I thought of black pudding.

Given the amount of livestock roaming around in 19th century Britain, it might not have been too arduous to be a vampire while not attracting undue police attention. But if, say, you were stuck at a country house weekend, were female (no hunting) and couldn’t get away to the poultry pens or out for a solitary woodland walk, you might  have been able to get by on black pudding–seeing as that black color comes from blood. It’s not really a pudding, either–in the jello or the figgy sense. Black pudding is actually a sausage that puts economical use to pig’s blood. Variations of it show up all over Britain, but it is often considered a Scottish or Irish dish. As a Scotswoman, it’s likely that Mrs. Hudson knew how to make it–although being a Londoner, it’s far more probable that she just bought it. Sausage-making is messy business, and she had enough trouble with messes from her lodger upstairs.

Perhaps this is how Mrs. Hudson made her black puddings as a young wife in Scotland:

The blood must be stirred with salt till cold. Put a quart of it, or rather more, to a quart of whole grits, to soak one night; and soak the crumb of a quartern loaf in rather more than two quarts of new milk made hot. In the mean time prepare the entrails by washing, turning and scraping with salt and water, and changing the water several times. Chop fine a little winter-savoury and thyme, a good quality of pennyroyal, pepper and salt, a few cloves, some allspice, ginger and nutmeg; mix these with three pounds of beef-suet and six eggs well beaten and strained; and then beat the bread, grits, &c., all  up with the seasoning; when well mixed, have ready some hog’s fat cut into large bits, and as you fill the skins put it in at proper distances. Tie in links only half filled, and boil in a large kettle, pricking them as they swell, or they will burst. When boiled, lay them between clean cloths till cold, and hang them up in the kitchen. When to be used, scaled them a few minutes in water; wipe, and put them into a Dutch oven. If there are not skins enough, put the stuffing into basins, and boil it covered with floured cloths; and slice and fry it when to be used.–J.H. Walsh, ed. The English Cookery Book, Receipts Collected by a Group of Ladies 1859.

And now for today’s question. I thought about asking you to find the only refreshment/food item mentioned in “The Sussex Vampire,” but I think we all know it’s tea. So how about this one:

What does Watson consider “the only modern thing we’d seen in the house”?

We’ve talked a lot about what Mrs. Hudson would be cooking and how she would cook it, but let’s be honest: I am not the expert here. Therefore, the winner of the Day 5 drawing will receive:

This is a wonderful book, with more than just recipes, to give you the true “flavour” of life at 221B Baker Street.

As always, to enter, just send your answer to me via blog comment or FB message (from the Well-Read Sherlockian FB page or my actual page, if we are FB friends).

And while I intend to try the Peruvian recipes, I will pass on the black pudding. My husband ate it once, and was not a fan. Since he will eat anything, I take that as a warning. 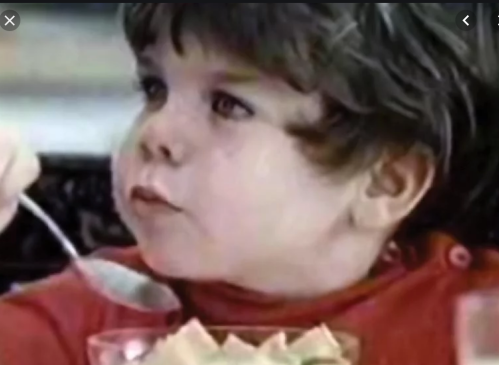 Not my husband when young, but a reasonable likeness. 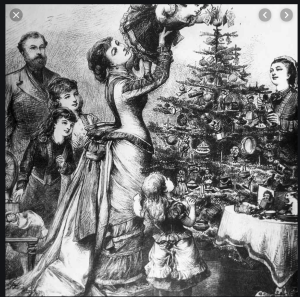 ….are due to Regina Stinson, winner of the BSI edition of “The Blue Carbuncle.” The answer, of course, was that disjecta membra referred to the unused portions of the goose: the “feathers, legs, and crop.” One respondent also pointed out that, as an academic, Henry Baker used a term that actually refers to manuscript fragments–quite a witty little allusion. One hopes that he and Mrs. Baker were able to get past their rough spot that Christmas.