“Such romantic exaggeration, Watson! My papers are not stacked ‘to the rafters!'”

It probably goes without saying–although we are going to say it–that Sherlock Holmes and Dr. Watson are great readers. Whether  engrossed in Clark Russell’s sea stories or the  stacks of philology books in aCornwall cottage, they spend a great deal of any free time they have filling their brain attics with things they deem valuable. It’s fairly reasonable, then to imagine that they looked forward to Christmas and its flood of “Annuals”–special magazine issues with stories and articles by premier authors and the occasional up-and-comer.

Of course, we’re a few years too early, still. Here are some of the Christmas annuals for 1884….

This was probably more Mrs. Hudson’s style, although Watson does know a lot about women’s clothing. Screenshot from the London Evening Standard, December 2, 1884 (British Newspaper Archive)

Body-snatching. It doesn’t get any more Christmassy than that. Screenshot from St John’s, Oxford, Special Collections Blog.

You know what other periodical does a special annual Christmas volume? Yep. That’s the one. And if you win today’s drawing, you’ll receive your own subscription to the Baker Street Journal–the name in Sherlockian scholarship. From serious research to “playing The Game,” you’ll find it in the five volumes (4 quarterlies and the Christmas issue) you’ll receive in the coming year.

To be eligible for the drawing, just send in your answer to this question:

While I don’t see any cases listed for 1884 in Baring-Gould’s chronology, there are 3 mentions of magazines or periodicals in the Canon. My question is this: What connection can you make between The Family Herald and breakfast?

As always, send your answers to me via blog comment or FB message–either the Well-Read Sherlockian page’s account, or my own, if we know each other “in real life.” 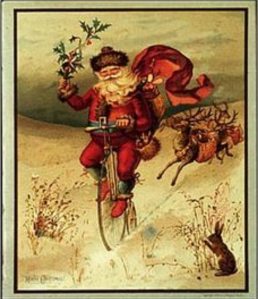 Congratulations to Ching Ju Teng, who knew (as did all of you), that the ill-fated Julia Stoner met her fiancé at the home of her Aunt, Honoria Westphail, who lived in Harrow. Oddly enough, Harrow is also the home of the famous school of the same name, and BBC Sherlock’s Benedict Cumberbatch is an “Old Harrovian.” (To keep things even, Jeremy Brett attended Eton).