Today, December 30, marks the 152nd anniversary of the birth of one of Britain’s other famous writers, Rudyard Kipling. Interestingly, the man whom many consider one of the foremost depictors of Britain’s imperial impulses didn’t always live in the United Kingdom–or even in the Empire. In fact, in 1894, he was living in Vermont, where Arthur Conan Doyle and his brother, Inness, came to visit him over Thanksgiving. Arthur, hoping to imitate the success of writers like Dickens, was on his first American lecture tour. He wrote to his mother, Mary, on November 20th, 1894:

We have fired off our second Boston lecture, and we now start by the evening train for Rochester which we reach at 9 tomorrow morning. We sleep very well upon the trains. Then our route runs to Elmira, Schenectady, Glen Falls, Niagara and Buffalo & so to Rudyard Kipling in Vermont, where we spend two days.

According to one of Kipling’s biographers, the man was never very enthusiastic about sport. Conan Doyle, however, with his love of all things athletic and his missionary impulses, taught his host how to play golf, and they apparently had a great time chipping golf balls all over the yard on Thanksgiving Day.

It’s common to see Sir Arthur as a sort of “hail, fellow, well met” kind of person, glad-handing everyone, always gregarious, slapping friends on the back, that kind of thing. The more one reads about him, however, the more one realizes that he was much more thoughtful and complex than that–but he did, surely have a sense of fun. What else could explain this…. 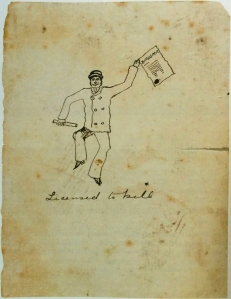 On the occasion of his graduation from medical school. 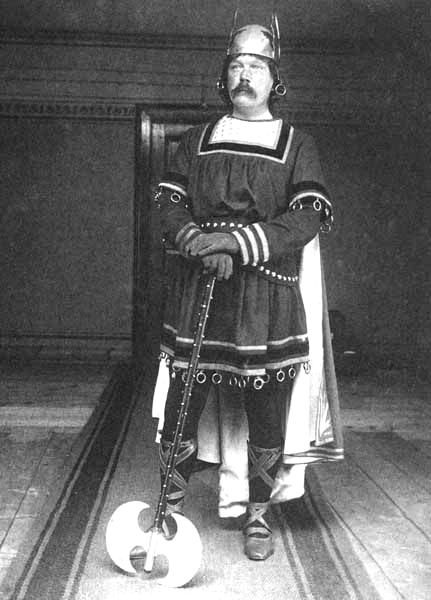 Definitely not a man who takes himself too seriously. 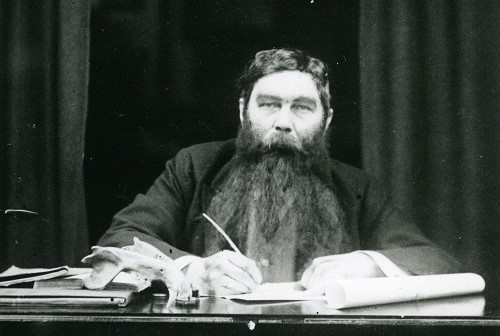 As “Professor Challenger.” Apparently he showed up on a friend’s doorstep like this, only to have the startled friend slam the door in his face!

Not to mention the time he surprised his young children on Christmas dressed up as a dinosaur, or showed magicians a premiere of The Lost World without telling them that the “dinosaurs” they were seeing were not, in fact, real.

With his love of competition, his readiness to have fun, and a mind sharp enough to have written the Sherlock Holmes stories, Arthur Conan Doyle would be the ideal companion for your next game night.

Unfortunately, however, he’s dead, so you’ll have to make do with family and/or friends.

If you win today’s prize, however, you can still pay homage to John Watson’s literary agent and his tremendous sense of fun and adventure every time you solve The Thames Murders (and other cases): 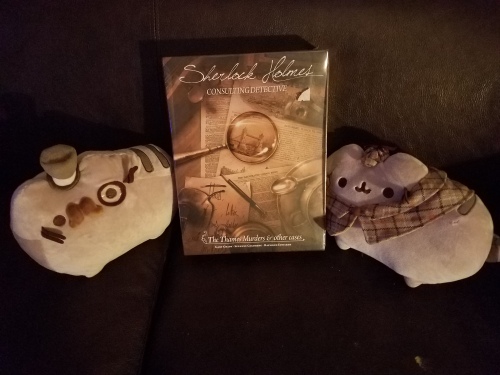 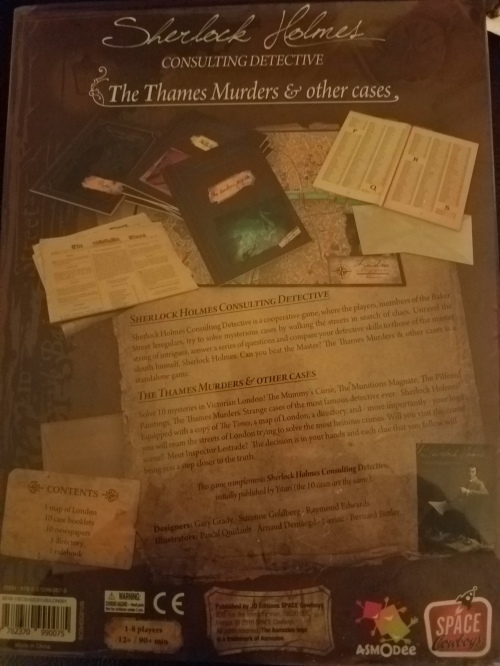 And so now we come to the quote: Where in the Canon can you find–

“My ramifications stretch out into many sections of society, but never, I am happy to say, into amateur sport, which is the best and soundest thing in England.”

Now, this doesn’t make sense on several levels. What about the boxing? The single-stick? The baritsu?  And if amateur sport is so wonderful, why is Holmes happy to have avoided it? One gets the sense that there might have been some “editorial adjustments” to the actual words. But there they are–and if you know where they are, send you answer in via blog comment or FB message! 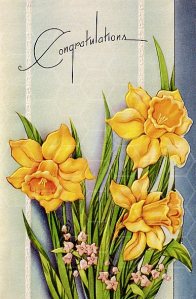 Congratulations to Marie-Claire Grondin and Noreen Pazderski–I have 2 sets of books, and so drew two names. Enjoy these two fine books, perfect for cold winter days!