So…my youngest has discovered the joys of stamp-collecting this year. I did this myself, when I was just a little younger. Because of the cost and mess involved (buying those orange bags of hundreds of stamps, soaking the stamps from envelopes, spreading them out on paper towels to dry, etc.), I typically did all of my collecting activities at my (very tolerant) grandmother’s house.

I was much more interested in the pictures on the stamps–how pretty they were. To me, they were little paintings. My son is of the “American Pickers” generation; right now, he’s poring over a stamp guide, trying to figure out the (potential) value of his small collection. Let’s hope you find one of these, son. College is expensive.

He doesn’t have any yet, but there are quite a few Sherlock Holmes stamps out there–enough to make a nice little collection all on their own. Here are some featuring The Hound of the Baskervilles….

This hound is seriously scary.

These were both taken from the excellent site, “The Philatelic Sherlock Holmes,” part of a larger look at detective fiction and philately, put together by T. Russell. You can learn more here: https://www.trussel.com/detfic/sholmes.htm

Scary, beautiful, mysterious, legendary, or just a poor, mistreated dog, The Hound will forever be one of Conan Doyle’s most famous and enduring creations. Which is why, even though he had nothing to do with it, Grosset and Dunlap/Harper decided to put the photo of the most famous Holmes of his time, William Gillette, on the cover of its 1903 version of HOUN. It’s beautifully fitting–the man who kept Sherlock Holmes alive by making him flesh, coupled with the novel which began his journey back from the dead. This version tends to be common and pretty affordable, so this is the third time (I think) that I’ve offered it as a Giveaway Prize. It’s also the in the best condition I’ve ever seen. The binding is tight, the colors bright, the corners sharp, and there don’t seem to be any markings. The photo of Gillette, pasted on the cover, is a little faded/scratched, and the front flyleaf is not torn, but is fairly creased. Other than that, it looks almost as it might have the day someone bought it. The sad part about that is that it means that the person who owned it probably never read it; the exciting part is that one of you gets to enjoy it! 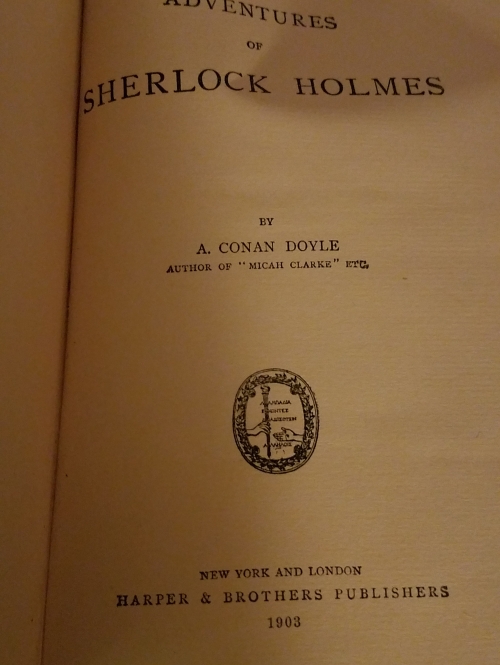 To enter the drawing and possibly win this for your bookshelf, just tell me where in the Canon one can find the following quote…

“I have often had the same idea. Does it matter very much? After all, Count, your own exit is much more likely to be perpendicular rather than horizontal. But these anticipations of the future are morbid. Why not give ourselves up to the unrestrained enjoyment of the present?”

Once you have your answer, send it on to me via blog comment or FB message (either to the Well Read Sherlockian FB page, or my own personal one).

Congratulations to Ching-Ju Teng, who knew that yesterday’s quote came from the always fascinating (if strange) “A Case of Identity.” 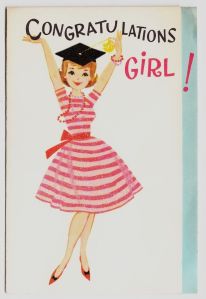