I swear, last year, I wrote nearly all of my blog entries in the space of a few days, because I knew we’d be travelling. Seriously, I was ON FIRE!

It wasn’t that awesome, but close.

Writing is like that, sometimes. If you write, yourself, you’ve likely had the experience of having friends, family, or day-job coworkers say something that makes it very clear that they believe writing is something easy you just dash off in an hour or two–that it’s some kind of fun, relaxing hobby, like coin collecting, or knitting, or flying model planes. After all, reading is fun, so shouldn’t writing be as well? 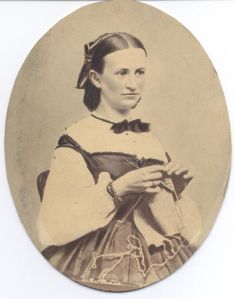 But sometimes, the words just aren’t there, and when a few deign to make their appearance, they seem suspiciously like words you’ve written before. It’s at times like this that I sympathize with Conan Doyle’s fear that he was going to repeat himself, Holmes-wise. 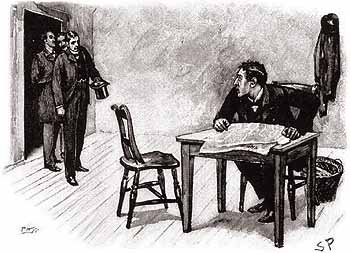 This may have happened once or twice.

At such times, it’s often best to put yourself out of your misery, and move on to another task–if you can. And if you can’t well, do the best you can, and remember that, many times, the words which came easily and those which did not are indistinguishable in the end.

Hopefully, every article in today’s prize was an utter joy to write–but even if they were not, I am sure they will be a joy to read.

Sherlock Magazine was a British periodical which ran from 1991 to the 2000’s–for a total of 68 issues. From 1996-2006, it was edited by the talented writer and editor David Stuart Davies, BSI. The magazine began as a simple black-and-white gazette, and ended as a colorful glossy. These issues are from that time period. 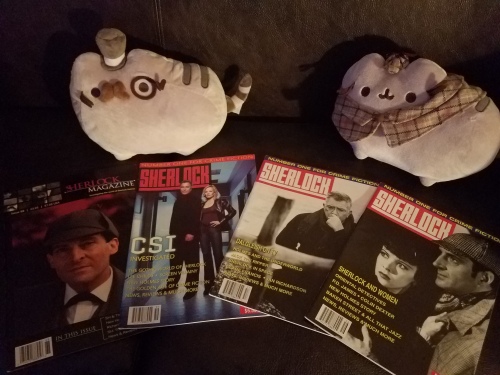 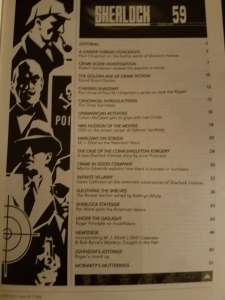 (I’m hoping the images stay aligned, but you know that’s a pipe dream!)

“The husband was a teetotaler, there was no other woman, and the conduct complained of was that he had drifted into the habit of winding up every meal by taking out his false teeth and hurling them at his wife, which, you will allow, is not an action likely to occur to the imagination of the average story-teller.”

To enter the drawing, of course, send your answer in via blog comment or FaceBook Messenger–either to the Well-Read Sherlockian FB page, or to me personally, if we’re FB friends.  And here’s hoping that any writing you’ve got to do is the flowing, magical kind!

Congratulations to Shalom Bresticker! As all of you brilliant people knew, Day 3’s quote was from The Valley of Fear.