I must confess, I’m not much for games.  Not any more, anyway. When I was a kid, though, my siblings and I played them all the time. Often we made up our own rules for them–rules we wouldn’t remember from game to game, which meant every game was different. I have fond memories of playing “Old Maid”–a card-matching game where the loser was the one left with the Old Maid card–in the ’70’s this was a grandmotherly character with a bun and glasses. We all thought we were super clever, “subtly” marking the Old Maid card by turning down corners, etc., until the card was so wrinkled that no one would pick it, period. Then you had to scrunch it down behind other cards and insist that your opponent touched it and, therefore, had to take it.

It was utterly hilarious, at least until someone got really upset and then there was a fight and my mother had to get involved.

A familiar view in my youth.

One wonders if Sherlock and Mycroft (and Sherrinford) played many games when they were young. Of course, we know that their 21st century counterparts did….

Perhaps they played this game, which was collected (along with many others) by the Parker family, and donated to the new Birmingham Library. 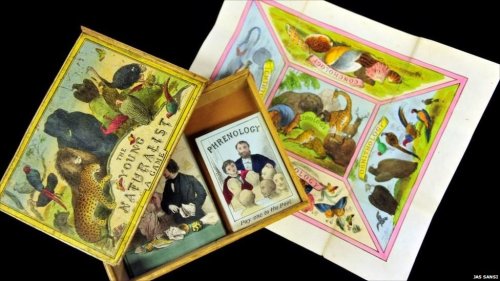 Good to see Phrenology claiming its place among the sciences, there. (via BBC)

And if Holmes ever played billiards, I’m guessing that, with all of his mathematical skills and dexterity, he’d have wiped the table with any of his opponents. Even Watson.

Last year, I was surprised to see how popular the Sherlock Holmes games were–so this year, you’ll be seeing three of them. This is the first…

Holmes and Watson are happy to introduce…..

Ok. Those eyes are rather disturbing…..

As you can see from this back view, the game has been endorsed by some fantastic groups–The Baker Street Babes, The Sherlock Breakfast Club, and the John H. Watson Society, as well as Les Klinger, editor of the 3-volume Annotated Sherlock Holmes. That’s probably enough to be getting on with!

To put your name into the drawing for this prize, all you need to do is tell me in which story one can find this quote….

“I have worked with Mr Holmes before,” said Inspector MacDonald. “He plays the game.”

“My own idea of the game, at any rate,” said Holmes, with a smile.

As always, send your answer to me via a comment on this blog post, a PM on the Well-Read Sherlockian FB page, or, if you know me in real life, via FB messenger! 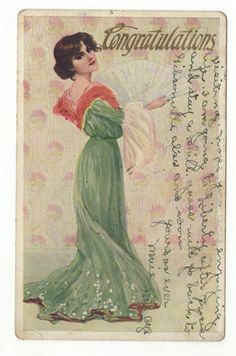 Well, it wouldn’t be the holiday season without at least one reference to the Blue Carbuncle! Congrats to Noreen Pazderski, who can indulge her inner child with a nice set of dolls! Noreen, if you do vignettes with the paper dolls, send us a pic!