Well, it’s after 9pm EST here, and dozens of people I know (and thousands I don’t) are currently watching the first episode of Sherlock, Season 4, on PBS.  I’m not, however. I am going to wait until the house is dark and quiet, and my son is no longer playing some odd arrangement of “Uptown Funk” on his clarinet, so that I can just absorb it. Hey, I’m an introvert. I need to think about things. I can’t really do that in a crowd of other fans. Or, you know, siblings arguing about who is eating all the popcorn, and the dog blocking my view because she wants me to pet her.

So. Does that mean I am going to hide away from the internet, staying off of social media to avoid spoilers?  Nope. Not a bit. At the moment, I can’t think of a book, show, or movie that I felt has been “ruined” for me because someone blabbed about some crucial point. And since I tend to see things much later than other people, that has happened quite a lot. For me, sometimes knowing what it going to happen helps me appreciate the story more–I can catch all of the little hints and lead-ups. Everything makes more sense, and I am less likely to miss small, yet important, details that I might not remember when they matter. Of course, I feel that way about most things in life. Tell me what to expect. Explain the process. Give me the steps. Frankly, unless it involves a cash windfall (taxes paid) I’m not that fond of surprises. So that makes me wonder: how do you feel about spoilers? And do you find that it correlates with your personality in general? For example, if you really like spontaneity in life, are you more likely to resent spoilers than someone who needs to feel a certain amount of control?

“And how did that make you feel, Mr. Holmes?”

Today’s quote comes from a story in which, ultimately, Holmes decided not to completely “spoil” the solution for his client, although he did settle the matter for her. Can you tell me the case in which it appeared, and to whom it is originally attributed?

‘There is danger for him who taketh the tiger cub, and danger also for whoso snatches delusion from a woman.’

In celebration of Sherlock‘s return, this is actually a three-part prize. There will be three winners. Again, please let me know which prize(s) you want, should your name be drawn. If you do not, you will not be entered.

These are all from the BBC shop. I will say that, while the scarf is pretty, it’s not at all heavy; it is NOT a true replica of Sherlock’s scarf.  All t-shirts are size L, which was the largest size they had available.  And the tote bag is made of a very thin cloth. It won’t work for school or shopping.

As always, send your answers and prize choice(s) in via blog comment, Twitter DM, or Facebook PM.  And if you are getting tired of all of this Sherlock stuff, be patient! From now on, we get progressively more canonical! 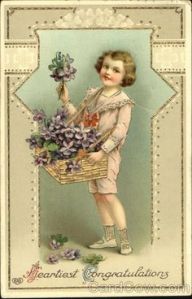 Congratulations Hawkeye Brehm and Claudia Copada, who won the Gaiman and traditional games, respectively. The quote appears twice in the Canon, once in  “The Adventure of the Bruce-Partington Plans, and another time in “The Disappearance of Lady Frances Carfax.” It comes from Henry IV, Part 2.