Well, it’s New Year’s Eve. We all know what that means. Tomorrow marks the beginning of…. 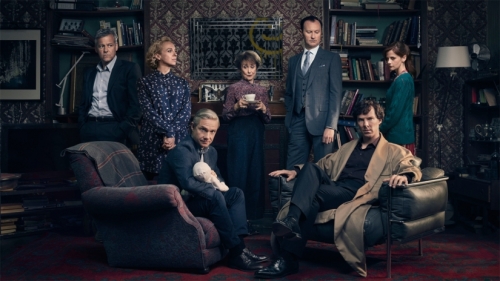 I doubt the sitting room of 221B will look like this in three weeks.

I have to say, the first time I saw BBC’s 21st century re-imagining, I happened to tune in to a PBS repeat of “The Blind Banker”–not the strongest episode, although it has some great lines. And it was in the worst possible place, too–the museum scene. I assumed that Watson was in love with Soo Lin–and hasn’t the old drug trafficking thing been done a zillion times?  So I turned it off. A few months later, I tried it again via iTunes, this time from the beginning, and I changed my mind. Obviously.

Now, a lot of people don’t feel the same away about Sherlock, and a lot of people felt as if it’s been less amazing since Series 3. Others adore it, sometimes in the very fullest sense of that word, and there are hundreds of articles online and elsewhere analyzing why that might be. For me, the reason I love Sherlock is the same reason why I love the Canon–for me, the characters are truly alive. You can’t plan these things. And you can’t always make them happen again, but for Steven Moffat and Mark Gatiss, one day, on a train, the alchemy was right, and they created something special–just as Arthur Conan Doyle did at his desk in Bush Villas, Southsea.

I’m sure you can guess what today’s prize will be…. 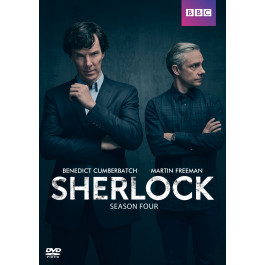 Because you are all proper geniuses!

For a chance to win a pre-order of the Sherlock Series 4 DVD or Blu-ray, just answer this question:

Holmes has all sorts of clients. From the intelligent (Violet Hunter) to the very dull. Jabez Wilkins, from the “The Adventure of the Red-headed League” is one of the latter, and it’s because of him that Holmes quotes Latin to Watson–“‘Omne ignotum pro magnifico,’ you know, and my poor little reputation, such as it is, will suffer shipwreck if I am so candid.”  Whom is he quoting, and what are the circumstances?

I really wish I could have given a video clue of this question, as the scene in Granada’s version of “The Red-headed League” is wonderful–and wonderfully hilarious. Perhaps by next year, I’ll know how to do a video clip. If you get the chance, however, watch the episode–it’s classic. And, of course, send in your answers via blog comment, Facebook PM, and Twitter DM.  Have a wonderful New Year’s Eve, be safe, and PLEASE–don’t drink and drive!!!!!!

It’s late, but not too late, and the last 12th Night Giveaway Winner of 2016 is Jim McArthur. Remember that the rules state that a player can win twice, and that everyone is eligible for the grand prize. I think this is the first year I’ve had two double winners, which is kind of weird.
ANYWAY! Interestingly enough, “There but for the grace of God go[es] Sherlock Holmes” has a dubious provenance. Holmes thought it originated with Richard Baxter, a Puritan theologian, while others think it’s from John Bradford, who used to say it when he saw someone headed for execution (that is, he said “There but for the grace of God goes John Bradford,” not “Sherlock Holmes.” Eventually, he was martyred for his attempts at religious reformation by being burned at the stake. It’s also possible that the saying originated with sailor-turned-clergyman John Newton, or St. Philip Neri.