One day in the spring of, oh, maybe 1976 or 1977, I had an epiphany while riding home on the school bus. A few minutes later, I was in the kitchen, sharing it with my mother. “I am never going to stop playing with Little People,” I told her. Because why would I even want to quit making villages, naming their inhabitants, setting up their houses using furniture with those holes in the center, and fighting with my siblings over who got the bubble-gum pink dragon?

Yes, ours were wooden. Yes, I am that old.

Then 1978 rolled around, and I never looked at them again.

We all grow up, of course. We all “put away childish things.” My husband might own a boxed set of “Thundercats,” but I am reasonably certain that he doesn’t sit around drawing them in a notebook at work. To be honest, he only watched some of the DVDs. Once. Some interests change, and some are pushed into the very back of our brain-attics, to make time and room for adult responsibilities. This is particularly true for women, I think. We can all point to and joke about men who “never grow up”–my grandfather put a lot of time into model trains, for instance–but until rather recently, there seemed to be a set of “acceptable” adult female interests, variation from which was regarded with suspicion.

Seriously. How many plants have died because women think they’re supposed to like gardening? (image from good grow.uk)

Even some acceptable hobbies, such as, oh, writing, can be looked at askance when they start taking up the large amounts of time required if one is to, well, be any good.

About six years ago, I realized that I could be a responsible grown-up woman, and still be, well, me. I could still have fun. I could still be as weird on the outside as I was on the inside. Of course, my difficulty with that could have stemmed from my own particular neuroses, but I do think it’s  become far more acceptable for women to “play” and to use their imaginations in traditionally “non-feminine” ways now than it was in the 1980’s and 90’s.

Arthur Conan Doyle never forgot that adults like to have fun. His stories and novels do make “adult” points, and even contain some “adult” situations, but those never overwhelm the adventure. The man who, as a son, physician, husband, father, and author, both witnessed and experienced so many varieties of human tragedy, never forgot the value of the occasional escape. His 1912 novel about the discovery of living dinosaurs in South America–The Lost World–bore this epigram:

I have wrought my simple plan

If I give one hour of joy

To the boy who’s half a man

Or the man who’s half a boy

Let’s not forget the ladies, sir!

Sherlockians are a special breed. Very responsible men and women we are, who still know how to have fun, to ask “what if,” to put our (sometimes quirky) imaginations to work, and to “hear of Sherlock everywhere.”  I spent 2010 in my own Sherlockian closet, and it was fun, huddled in there with the Canon and a ton of pastiche, but it was so much better once I opened the door. If you’re feeling alone in 1895, make 2017 the year you step out a bit and connect with the rest of the wide Sherlockian world. Go a little crazy, even. Today’s prize is a reminder that you can be just a little silly, and still be fine.

I actually have this guy on the bed right now. He’s about 10″ long, and 6″ high, very soft and very stuffed. His eyes are embroidered, but his cape is held on with a sewn-on button, so if you’re using it for a nursery toy, you might want to be safe and remove it, or just keep it away from very small children. Yours will be sent to you directly from the manufacturer. I cannot guarantee that he will actually solve crimes.

For your chance to win Detective Pusheen, tell me in which story this quote appears, and how Watson might have read the Arabian Nights (there are several good answers):

“Having laid out all these luxuries, my two visitors vanished away, like the genii of the Arabian Nights, with no explanation save that the things had been paid for and were ordered to this address.” 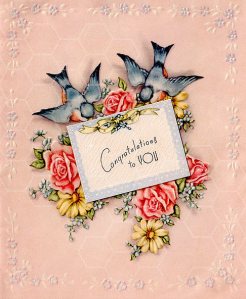 Congratulations to Lauren Cercone! She knew (along with all of you brilliant people) that the SIGN quote,

comes from the always pithy Goethe, and means,

“Alas, that Nature made only one man of you, when there was material enough for a good man and a rogue.”

What I love is that most people also gave their interpretation of what Holmes meant when he said it. Answers varied somewhat on this, but my favorited ended with, “But actually, he’s a dork.”