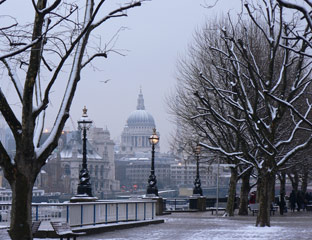 We can’t know for sure, of course, unless there’s a record tucked away in that dispatch box, but perhaps, some time near the beginning of January, 1886, Sherlock Holmes took on a private case.  Perhaps it was a complex crime of a sensitive nature, and perhaps it took all of his time, causing him to fly through his own birthday without noticing. Perhaps Mrs. Hudson made a plum cake, which Watson ended up eating all by himself, in bits and pieces, slipping some to Holmes while he wasn’t really paying attention enough to wonder what it was for.

And perhaps, three weeks later, once the client’s cheque had cleared and Holmes had slept for a day or so, Watson told his flatmate to get dressed, because they were going out.

“Why? What’s the occasion?”

“We’ve missed your birthday, Holmes, and with the remuneration from your latest case, we can afford to do things up properly.”

“Properly” could mean Langham’s and if so, this is the bill of fare they would have had to choose from (note that the date is incorrect; Monday was January 25 in 1886):

Thanks for finding this, Jacquelyn!! 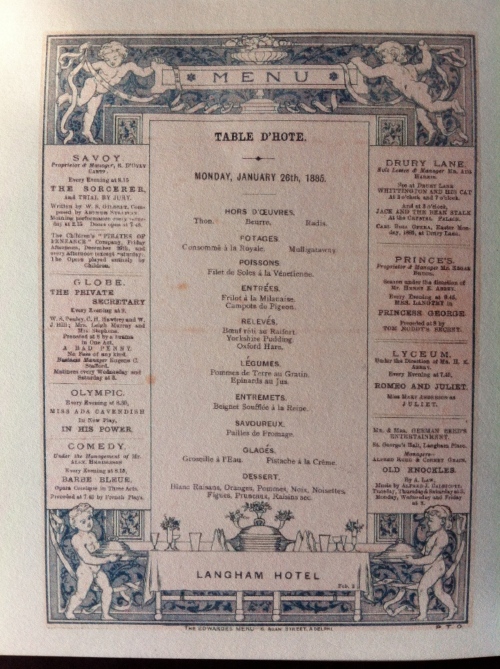 Afterwards, they may have gone out for some form of entertainment. The Langham conveniently provides several ideas on their menu, including Miss Lily Langtry in “Princess George.” Holmes would have had his choice, however, so Dr. Watson may well have had to sit through a lecture on “Average Rates of Mortality” at the Institute of Actuaries or “Hegel’s Conception of Nature” at the Aristotelian Society. “Faust” was at the Lyceum, Burns’s Birthday Concert at the Albert Hall, and Maskylene and Cook performed their famous illusions at Covent Garden Circus. “The Mikado” was playing at the Strand, but that seems more Watson’s thing.

Well, today we’re celebrating Sherlock Holmes’s birthday on time, but we still want to “do things up properly.”  And so, the 4th Annual 12th Night Giveaway Grand Prize is:

It is what you think it is.

It’s not in pristine condition, but if it had been, I wouldn’t have been able to afford it! The binding is loose, there’s a fair amount of foxing (brown spots on pages), that kind of thing, but it’s not in bad shape.  This volume contains two items of Sherlockian interest, the first being the Holmes story, “The Adventure of Silver Blaze.”  The second (and to me, possibly more exciting) article is a profile of Arthur Conan Doyle himself, complete with several photographs. Here, a glimpse of the contents: 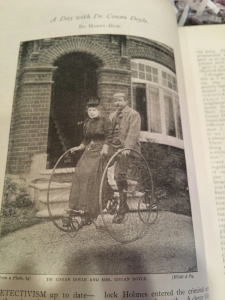 “A Day with Conan Doyle”

There are actually a few more article tangentially related to Doyle, but I’ll let you discover those on your own. To enter the drawing for this prize, simply answer the following question:

Which of Sherlock Holmes’s deductions do you find the most brilliant? Tell us what it is, why you admire it, and where it can be found in the Canon.

As always, submit your answers via Facebook PM, Twitter DM, or blog comment. Everyone is eligible, no matter how many times you’ve won in the past. Best of luck!  Now, go have some birthday cake!