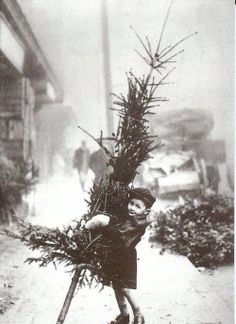 Happy Christmas!!!  Or happy…what?  Friday? I don’t even know what day it is anymore–having the kids out of school will do that to you. Sometimes…holidays or no…life starts moving a little too fast, and when that happens, it’s a good idea to step back a moment, and take a break. A little Holmes is probably in order…. 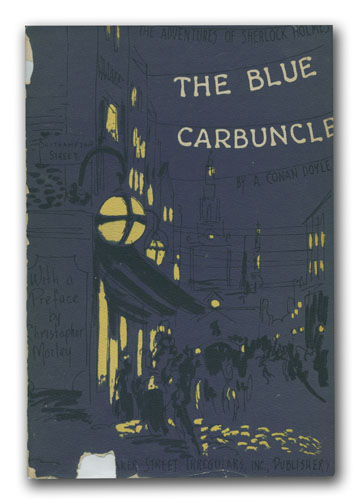 Deductive powerhouse that he is, even Sherlock Holmes knew when it was time to think about something other than the case at hand (and when he didn’t, Watson could be…persuasive). Art and music served as his go-to distractions, and he often dragged his Boswell along, even if the good doctor didn’t always seem to share his enthusiams.

Which leads us to today’s question….

Give the names of four painters mentioned in the Canon, along with the titles of the stories in which they appear.

And for the winner?  A very appropriate prize, I think: a copy of Bonnie MacBird’s acclaimed pastiche, Art in the Blood– a perfect Holmes adventure for hiding away on a winter afternoon. 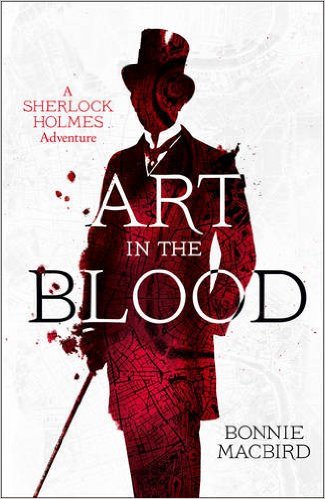 As always, send your answer to me via this blog, Facebook PM or Twitter DM. And…assuming I get out from under this pile of Christmas wrappings, I’ll draw a name and announce the winner tomorrow!

Congratulations to Madeline Quinones and Bob Byrne, who both wrote in that, as far as the Canon goes, “The Blue Carbuncle” is the only case in the Canon which we know took place in December. There were quite a few responses, attesting to the popularity of the Baker Street Journal. Some used the Canon only or, in Mr. Byrne’s case, Brad Keefauver’s chronology, to come up with “The Blue Carbuncle.” Others went with Baring-Gould and so added “The Missing Three-Quarter” and “The Beryl Coronet.” One respondent pointed out that, if one counts The Sign of Four as beginning with the disappearance of Captain Morstan, that case began in December as well. Another reminded us that both “Charles Augustus Milverton” and “The Red Circle” take place in unspecified winter months that just as well could have been December as January or in the case of REDC, September (Baring-Gould) or “winter” (Zeisler). This same person also made the point that, while we traditionally place Holmes’s and Watson’s first meeting at Bart’s in January, its only requirement is that it takes place between October and at least a few days before March 4, so it could have happened in December as well. Well played, all!