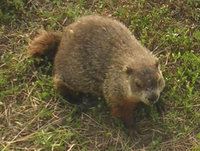 What is that creature, John?

Many of us vow to get organized in the New Year. You’re probably wondering how to display all of the cute little animal pictures you’ve got lying around. Perhaps you need easy access to newspaper clippings, pizza coupons, and candids of Jeremy Brett. Or, I suppose, your children’s artwork.

You can see where this is going, can’t you?

Yes, today’s prize is another set of Sherlock Holmes-themed magnets, similar to the last, but this time with the Frederic Dorr Steele NORW (the one with the bloody print) and a Basil Rathbone as well. They’re a nice way to show your Sherlockian enthusiasm when the office code of conduct doesn’t permit pipe-smoking or cocaine. To win, just send your comment, FaceBook PM, or Twitter DM with the answer to this question:

How does Sherlock know John and Mrs. Hudson have been looking for drugs in the flat on what they believe might be a “danger night?”  (BBC Sherlock)

Thanks again for playing, and best of luck!

Not the exact set, but John had to go back to the North Pole, and could no longer serve as my spokesmodel.

Congratulations to Simon Hetherington, who knew that Christopher Morley described “The Blue Carbuncle” as “Surely one of the most unusual things in the world. A Christmas Story without slush.”  Morley then goes on to regret that Charles Dickens did not live to read it, for he might have learned something from its “economy and skill.” Of course, one might argue (as several of you did) that BLUE does contain a bit of holiday “slush,” but at least Holmes has the good grace to be a trifle embarrassed about it.